Are you tired of your high food bills?

Have you been to your local grocery and been shocked by the price of your bill at the end? Do you cook with chicken, beef or fish and notice you’re having to buy more and more each time to serve the same amount? Do you find your income just isn’t going as far these days? Is your health a constant struggle? Do you have allergies or chronic health conditions?

In case we have not met, I’m Grace. I’m a full time mother of three girls under 4 years old.  Before the kids, I was a full time university student and a practicing traditional 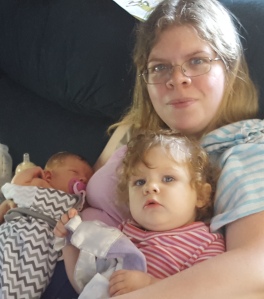 artist.  I grew up in North Dallas, Texas.  I spent many of my summers in New Mexico working on our family cabin, as a volunteer at the local vets office, and on our neighbour’s large ranch.  I have always loved working with my hands and being outside!

My father’s dream started it all!

We have a running joke in my family about my father.  He’s a strong, honest, very hardworking man but he’s not at all the handy type.  He’d rather pay someone to come paint his house than to do the work himself.  So you’ll understand our surprise when one night my brother and I heard about his suggestion to my mother that we pack our things and move to New Zealand to find a sheep farm.  Little did Dad know that one day his daughter might marry a New Zealander and work to acquiring her own rural property and become a farmer or rancher! 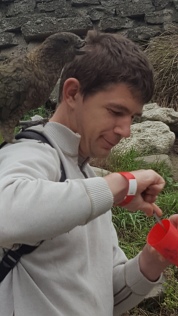 I met my husband, Victor, in 2013.  We fell in love, got married, and started down a long road to become a self-sufficient hardy Kiwi Homesteading Family.   Victor is much more handy around the house and garden than my father.  His hardworking nature was one of the many things that made me fall in love.

Victor is a scientific programmer by trade. If you don’t know what that means, it can be explained by saying he’s a wizard with computers. He helps the researchers at the local universities to create, change, edit, and move around their massive research projects on a very large computer system.  Though he doesn’t really sound like someone you’d see on a farm, in his heart Victor would much rather be able to work at least some of his day outside.  In his current job, this is practically impossible.  He has to travel for work and has no time to play.  He’s become so burnt out by his work that we’re pressing on with this new adventure even though we don’t know how or where we’ll end up!

We believe it’s possible to live off the land.

It’s not impossible. We started small by raising chickens in our little backyard.  We also grew some veggies but we really found ourselves wanting for more.

At Kiwi Homesteading you’ll see how we’ve done it from the very first day.

The last couple of years has shown us how much we need to change. We want to share our experiences directly with you, right now, as they’re happening.  You may live in the UK, the United States, New Zealand, or even on the moon for all we know but the main thing we want is for you to follow our example and we’ll be there for you to ask questions and you can see us take the big risks so you don’t have to.

Follow along with our blog, watch our videos, and see how our little city family becomes the next generation of New Zealand farmers!